Flashback Fridays: Along Came a Spider…

You’re a boy who has just turned 9 years old and your grandmother has given you several very strange gifts–a piece of seaweed, a yellow scarf, a tin whistle, a twisted metal brooch, ans a small, broken horse–things that she says will help you find out whether you’re a magician like the legends of old.  So you take one of those gifts and give it to the wind . . .

Boy magicians are pretty common fare these days–but there was a time when they weren’t quite so common.  And in this incredibly lovely fantasy by Jenny Nimmo I met one of my first young magicians.

Gwyn’s 9th birthday brings him some strange gifts from his quirky grandmother, a woman who is convinced that Gwyn may be the heir to the magical powers that are only bestowed upon on person every seven generations in the family.  Gwyn is a thoughtful sort of boy struggling with the loss of his sister, Bethan.  Three years earlier his sister had gone out during a storm to rescue Gwyn’s sheep from the Welsh moor.  Neither she, nor the sheep had ever been seen again.  But now with the gifts from his grandmother, Gwyn may learn how to be a magician.  And with magic on his side, perhaps he can find a way to bring Bethan back home and heal his family . . . 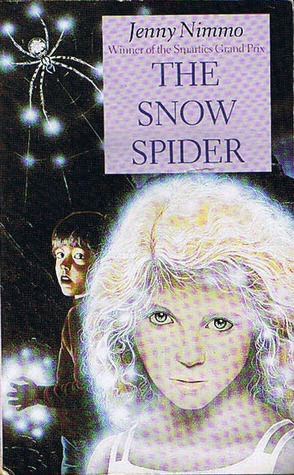 Oh this story is one of the more spellbinding one’s I’ve read in my life.  I flew through the novel  when I first encountered it, devouring the pages.  It felt fresh and poignant and has remained unforgettable.  Rather than conventional ideas of magic and the usual heroic adventure, Gwyn’s tests and trials are quieter, but deeper.  There’s pain and healing–loss and acceptance, and beautiful, wild, dangerous magic.  In some ways this first book of  The Snow Spider Trilogy is more of a fairy tale than most. It’s also kind of exotic for a contemporary North American reader.  I’m pretty certain this was my first book set in Wales, –the setting and the names all hint at a place that was markedly different from where I grew up. 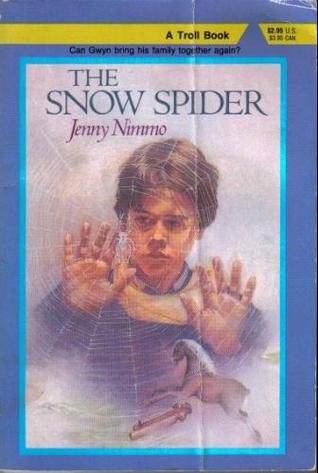 This is the book as I first encountered it. I’m so grateful they redid the covers!

The other two books: Emlyn’s Moon (c1987) and The Chestnut Soldier (c1989) take place in the same Welsh community.  The first focuses on Nia, a girl in town, and the second features both Gwyn and Nia dealing with a dangerous spirit that has escaped from the broken horse that Gwyn possesses.  Every story touches on community and family, staying small in scope and belonging to the realm of the hearth and home rather than grand scale adventure plots.  I rather like these quieter style stories that curl up on your lap like a cat and are content to sit quietly and purr. 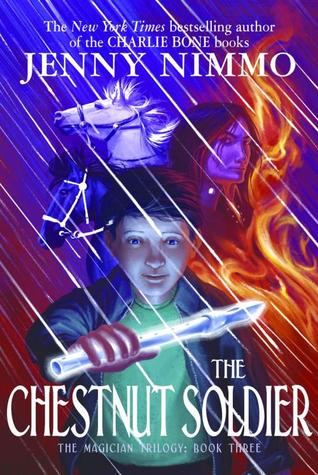 Also I should mention that the first two books are well under two hundred pages, with the third just cresting over by eight pages.  This makes them seem impossibly short and slender on the shelf when compared with much of the fantasy material out there today.   However, these books feel complete and just long enough as they are written.  A book doesn’t have to be long to be quality.

Many of today’s readers might recognize Jenny Nimmo as the author of  the Children of the Red King series, featuring protagonist, Charlie Bone, in a series of magical adventures.    With the sudden interest in boy wizards following the explosion of Harry Potter,  Charlie Bone books  became one of the things to read for fans looking for similar stories.    This new wave of popularity for Jenny Nimmo and her stories has allowed  The Snow Spider Trilogy to be brought back into print with gorgeous new covers–you can likely still find these on library shelves or in the bookstores.  I’ve added the covers for these books up above, but the computer image can’t quite catch the shine of the covers, the images catch and reflect the light making them seem to glow.

Jenny Nimmo continues to weave magical adventures with Leopard’s Gold published just last year.   She continues to have quite a following at my library.  (A few times a year it seems a new group of middle graders discovers her work and falls in love with it).   And while I enjoy reading through these new magical adventures, it is those early books I love best of all.

Any other Snow Spider fans?  What’s your favorite Welsh fantasy?